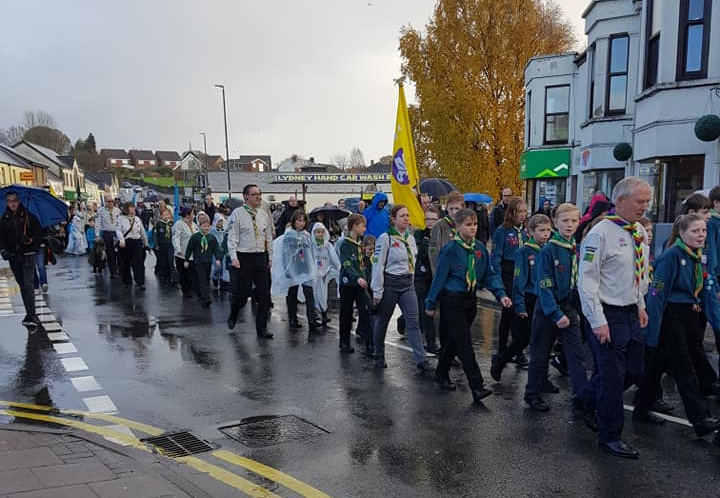 Our Scouts, Cubs and Beavers together with their Leaders and Helpers joined the Remembrance Parade through Lydney on the 100th Anniversary of the end of the 1st World War to remember the sacrifices made by those involved in that war and the others that have followed it. Our Group is the only one in the District that has been meeting continuously since the start of Scouting so it is entirely possible that we have been represented at every parade since 1919.